What Are The Signs Of Physical Attraction

Alright, let’s start with the ladies. What are some physical signs that she’s interested in you?

No matter how sophisticated we girls say we are, whenever we see a handsome man, we all go back to our schoolgirls’ sighs and smiles. If you’re on a date with a girl and she’s playing with her hair and smiling a little nervously, that is your first sign that she’s all over you. Ladies flirt subtly, so playing with her hair and looking at you with dreamy eyes might end up being your biggest clue.

Laughing At Your Jokes

You might think yourself a comedian, but if she’s laughing at even your worst jokes, the ones your own mother wouldn’t even pity laugh for, that is another clear sign that she’s harbouring some attraction. Laughing at your jokes means she’s trying to show you she likes you, she finds you interesting and she wants you to feel comfortable on the first date. Plus, the confidence that you show when you tell those jokes is also pretty attractive.

Making Attempts to Touch You

When women flirt, even our touches mean something. Yeah, she could’ve gotten your attention by saying your name, but she touched your hand or your arm to make you look up. That, men, is another sign she’s into you. She is showing you that she’s comfortable with your touch and she finds you attractive. She wants to get closer. If you want to move the date along faster, touch her back. It doesn’t have to be sexual, a hand on her waist or touching her shoulder or cheek when complimenting her will stimulate her excitement because you’re flirting in a language she understands.

Now, let’s talk about the boys.

A Little Bit of Nervousness

Confidence is sexy, and a lot of men know that to get the girl they need to act suave and brave, but ladies, when he stumbles over his words or gets a little bit of a blush, then you know you’ve got him! Even though men don’t want to admit it, women can make them nervous, and a little bit of that shyness can be totally endearing and show you how much he wants the date to work out. A guy who’s totally confident has no fear that he’s going to lose you, which although is sexy in a way, doesn’t show the earnest trying that a guy who’s a little bit nervous does.

Catch him sneaking glances when you look away? You’ve got him. Men, especially in modern society, don’t want to offend or embarrass a woman by looking her up and down and making the first date overtly sexual. So instead, guys will sneak little glances when they think you’re not looking. Not to objectify you, just to remind themselves how gorgeous you are and revel in your beauty. In the same way as a little bit of nervousness, it can be super cute and make you feel pretty special.

Or Are You Just Happy to See Me?

In the most physical sign on this list so far, men are hard-wired to show off in a dating sphere, which means often you can tell a man is attracted to you when his pelvis is angled towards you. It can also be a great sign in a crowded setting. Who is he looking at? Who are his feet pointing towards? His pelvis? Where is his focus? Finding that can be a little on the sexy side but it also just shows an earnest and complete interest in you above those around you. Still, it’s a pretty rock solid sign.

There are some signs however that we all share.

Also, just a good piece of date etiquette advice, limiting distractions, turning a phone off or focusing on you shows your partner that you are interested and attracted to them and them only for the course of your date. No one wants an unwelcome interruption, but if your date is actively making steps to limit interference between the two of you, you can safely assume that they are both physically and mentally attracted to you. This can often be more exciting than your partner just thinking you’re sexy.

It’s no secret that blushing is a sure-fire way to know if someone’s into you, but a more subtle rosy colour that lasts for the whole dinner suggests that they are attracted to you, and worried about embarrassing themselves in front of you. Blushing happens when blood floods the face because our brain lets us know that a lot of feeling is happening all at once. If you’re lucky, the feeling that their brain is trying to explain through the blush is a little nervousness and a whole lot of attraction.

I pick up a fork, they pick up a fork. I lean back, they lean back. What might start as a suspected game of mime between the two of you is probably more accurately your bodies hinting that you’re into one another. We as humans mimic those around us to match them and make them more comfortable with our presence. Pack animals who work together stay alive together, and the human being is exactly the same. If they’re matching your movements, it’s their body trying to work out a way to make you stick together and is most definitely a sign that they’re interested, even unconsciously.

The clearest sign on this list is a dreamy gaze. Whether you’re a boy or a girl, if they can’t stop looking at you with that stupid-happy face, it’s a pretty clear sign that they’re interested in you. Whether it’s a little dreamy or intense and passionate, the eyes are the window to the soul and you can often tell exactly what your date is thinking (or hoping) by watching their gaze. It’s also something you both probably don’t realise you’re doing. In passionate conversation or lighthearted flirting, the look they’re giving you might be an afterthought, but when you do notice it, it’s clear as day whether they’re attracted to you or not.

Body language, like any language, is one that you have to learn to get good at. But once you do, dating will seem almost easy because human beings are obvious creatures if you look in the right places. Using these tips and tricks, I hope you all can go into the dating world with a more confident idea of not only what your partner wants, but also what they’re subconsciously understanding that you want, and that you’re never left wondering if they’re physically attracted to you again. 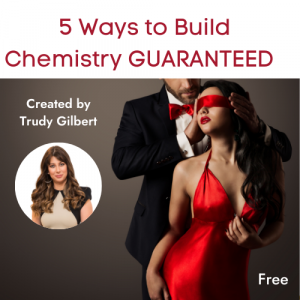